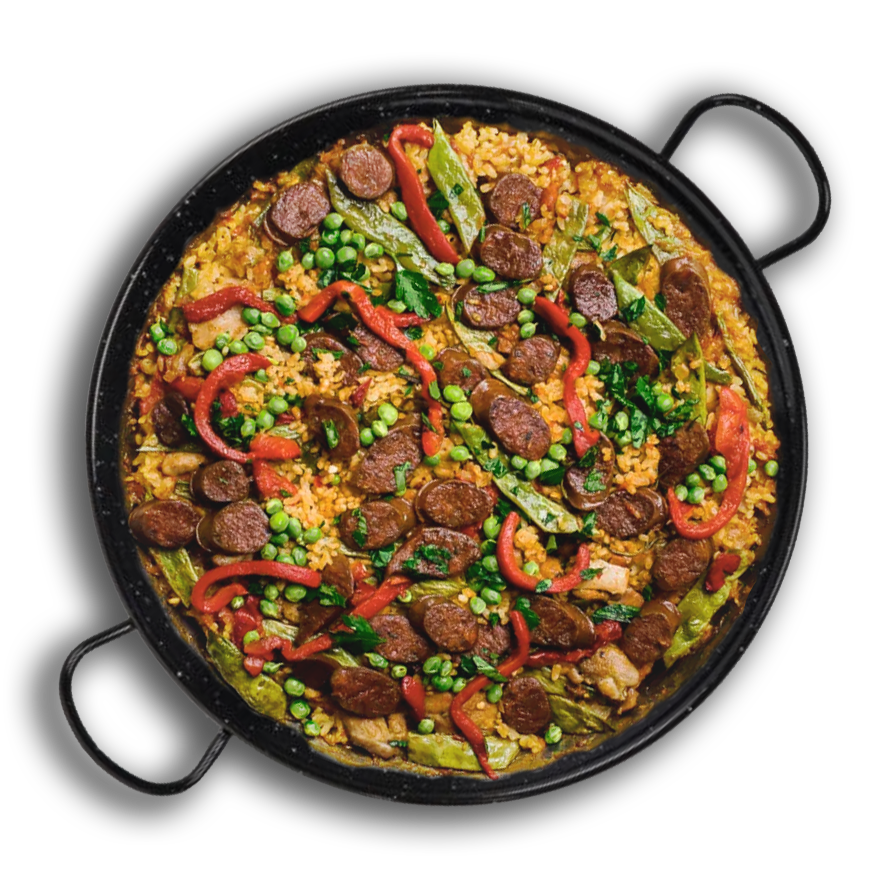 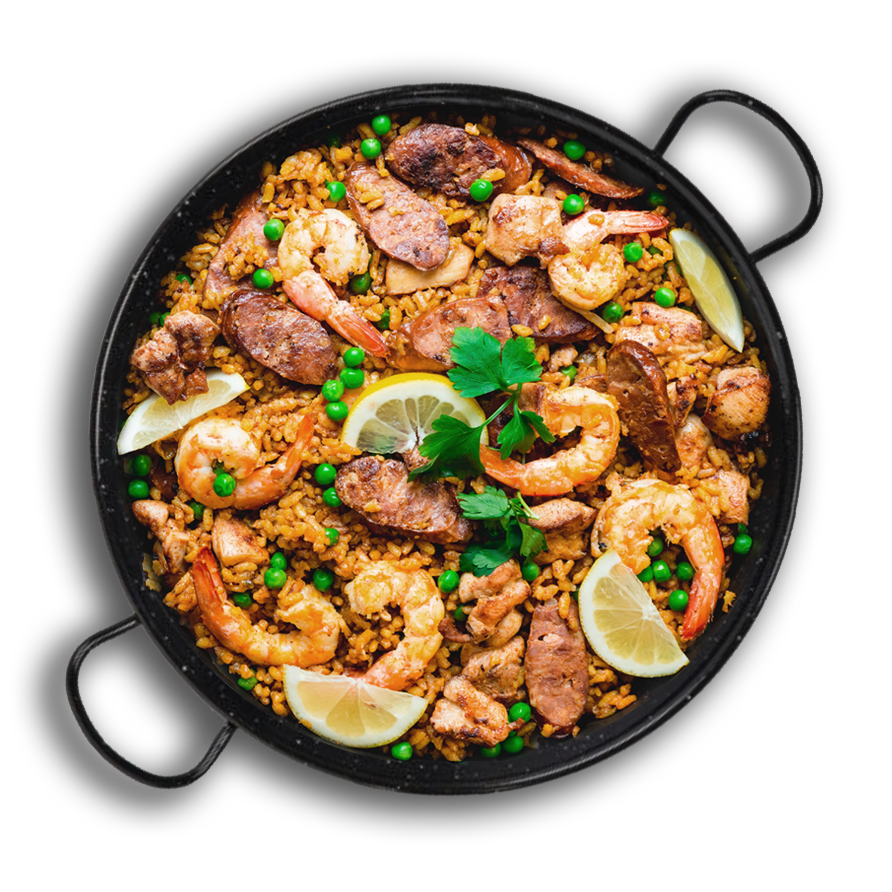 Spanish Paella with Chicken and Prawns 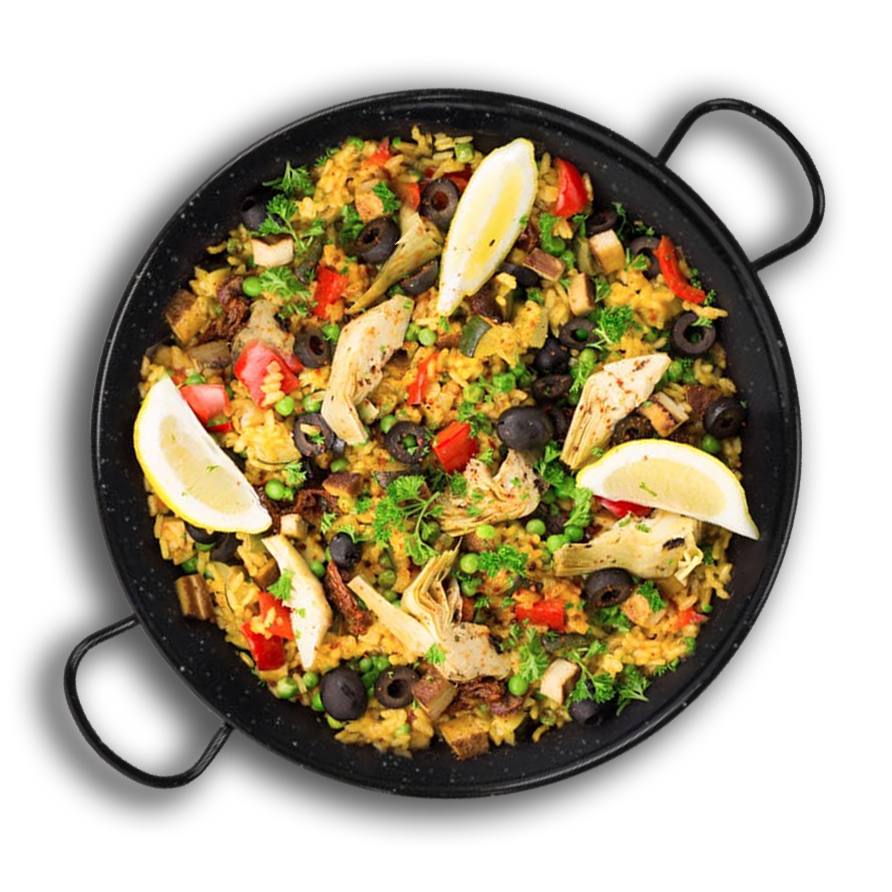 A stroll through the streets of any town in Spain is perfumed by the aromas of garlic, saffron, and paprika. These three essential ingredients form the basis of so many famed Spanish dishes and point to what this cuisine is all about – bold, bright flavour and rich, vibrant colour. Much like the Greeks, olive oil is everything to the Spanish and no dish can be cooked without it. Spain is the largest producer of olive oil in the world.  Spanish food is all about sharing and plenty of small bites to have with glasses of local wine and icy-cold sangria. […]

These small bites are referred to as tapas. Tapas are generally served at the bar and can include anything from a simple sardine or Jamon (cured ham) crostini to garlic prawns, a wedge of manchego cheese with quince paste or a bowl of marinated olives. Everything is strong in flavour and is sure to liven up the taste buds. Much like many of Europe’s oldest nations, Spain is made up of many micro cuisines, each dominated by different cultural influences instilled over the centuries.  The mountainous middle of Spain has a cuisine more like the northern African Moors than the Mediterranean diet we are familiar with from the coastal regions.

The first recorded Spanish recipes date back to the fourteenth century, where food was greatly influenced by the Moors, Arabs, Sephardic Jews, French and Italians. As a gateway between Africa, Europe, the Atlantic Ocean and the Mediterranean Sea, Spain has been fought over throughout history. Between the Greeks, Celts, Romans and Moors, Spain has been occupied under many differing reigns. However, the benefits are the abundance of produce these cultures brought to this corner of Europe. Olives, olive oil, and wine are said to have been introduced by the Romans and Greeks, whilst meat, fish and pies were seen as delicacies by the Celts, and the use of honey, almonds, citrus fruits and spices such as cumin and saffron were brought in by Moorish influence. […]

In the late 1400s, voyagers from Spain set out on an exploration of the New World, returning with a profusion of produce including tomatoes, potatoes, sweet potatoes, corn, peppers, chocolate, vanilla – all of which were native to the Americas. Spain is where chocolate was first mixed with sugar to remove its natural bitterness. Other ingredients travelled to the Americas, such as rice, grapes, olives and many types of cereals. Spain was the bridge for the Columbian exchange between the rest of Europe and the New World.

Spanish food is big, bold, and made to be shared. From the iconic spiced Paella, with thousands of different versions ladened with everything fresh seafood on the coast, to chickpeas in central Spain, every household has its own secret recipe.  To the delicious yet straightforward potato tortilla and plates of tapas served with loads of crusty bread, Spanish food is all about enjoying with friends and family over glasses of sangria. Fluffy, hot churros dipped in hot chocolate, or creamy rice pudding is the perfect finisher to any meal, quite often late into the night. 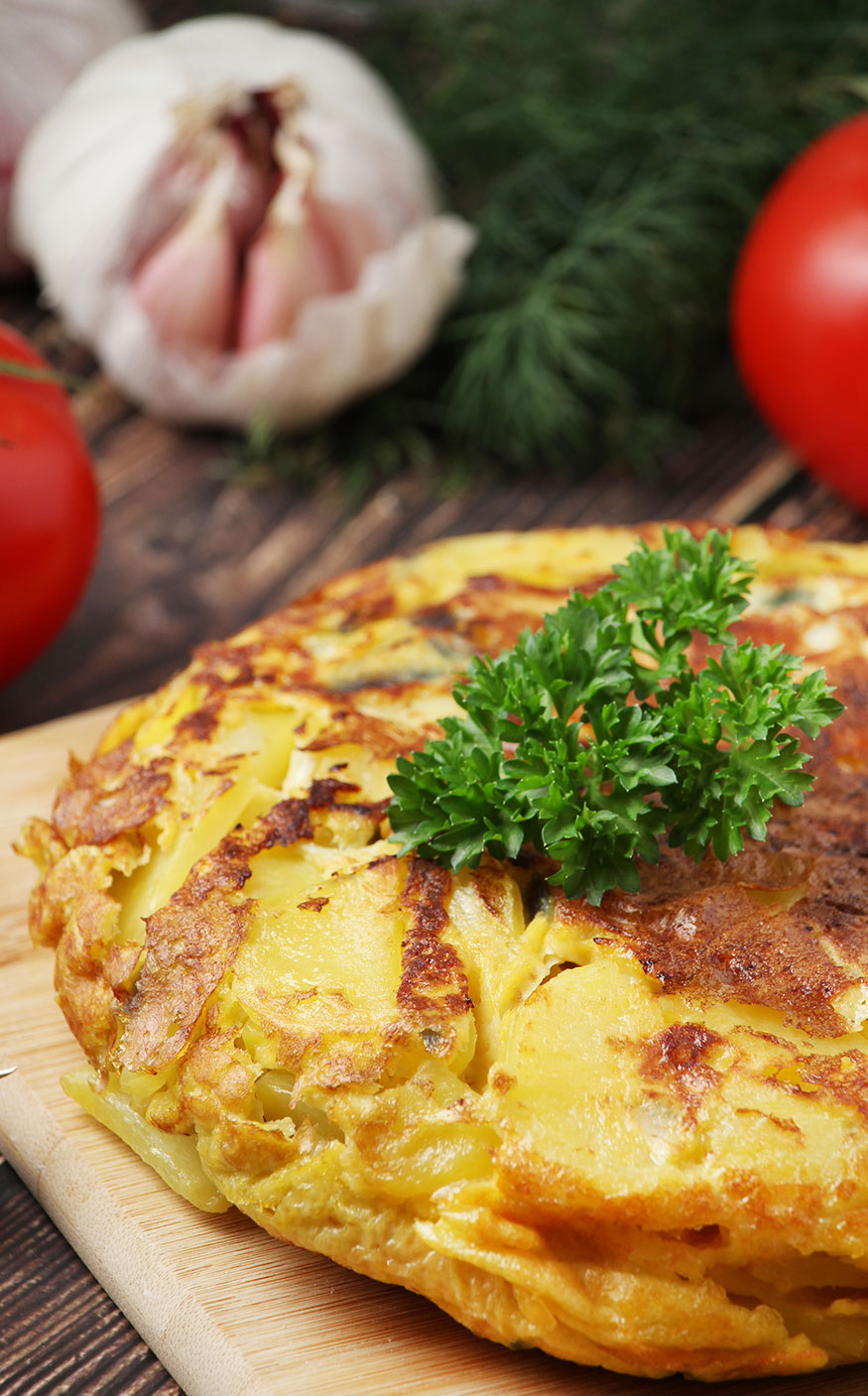 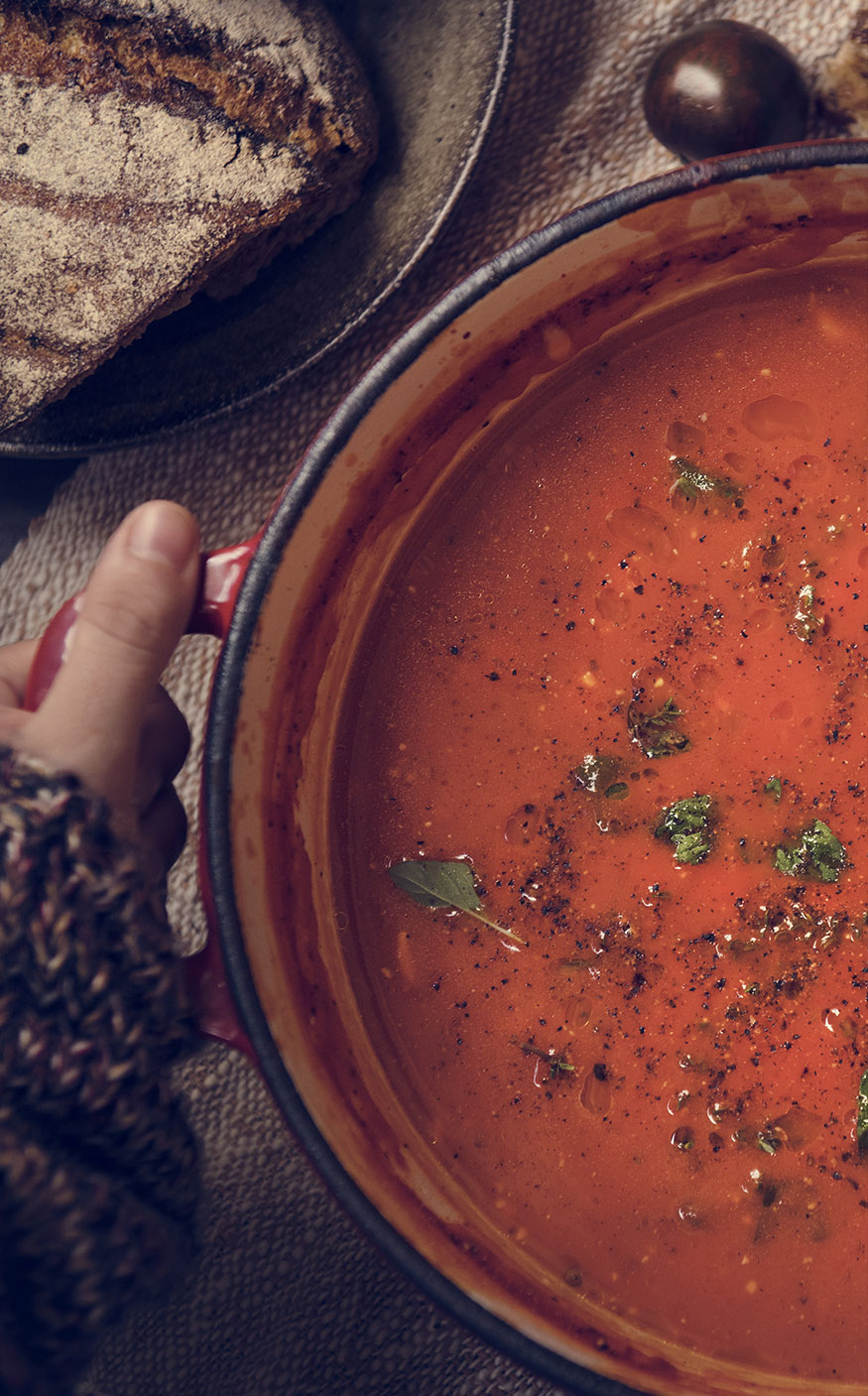 Spain’s Mediterranean climate and sweeping terrain have made it an ideal spot for spice growing and production. Common spice and herb varieties found and used throughout Spain include paprika, saffron, bay leaves, parsley, and chillies. Paprika, called Pimenton in Spain, is referred to as ‘red gold’ and is one of the most used and cherished spices. […]

Paprika, called Pimenton in Spain, is referred to as ‘red gold’ and is one of the most used and cherished spices. […]

Paprika adds a rich, red hue and deep pepper flavour to dishes coming in smoky, sweet, and super-sweet varieties. Saffron, worth its weight in gold, is a vital ingredient to many Spanish dishes adding both bright, yellowy-orange colour and floral flavour. Bay leaves are incorporated to add an earthy savoury flavour whilst parsley brings in a herby freshness and chillies, a slight kick of fiery heat. Combining all Spain’s spice catalogue has to offer – a simultaneously spicy, sweet, and smoky Paella blend. Similar to Greece, many families and villages have their own twist on this classic blend and ours has been devised to capture all of the traditional flavours of a locally cooked-up paella in one handy hit. Comprising sweet and smoky paprika for a classic flavour, sea salt, garlic, and turmeric for a savoury hit, ground sun-dried tomato for a sweet note, and the aromatics of pepper and clove, this blend helps you capture the flavour of Spain in your own kitchen.