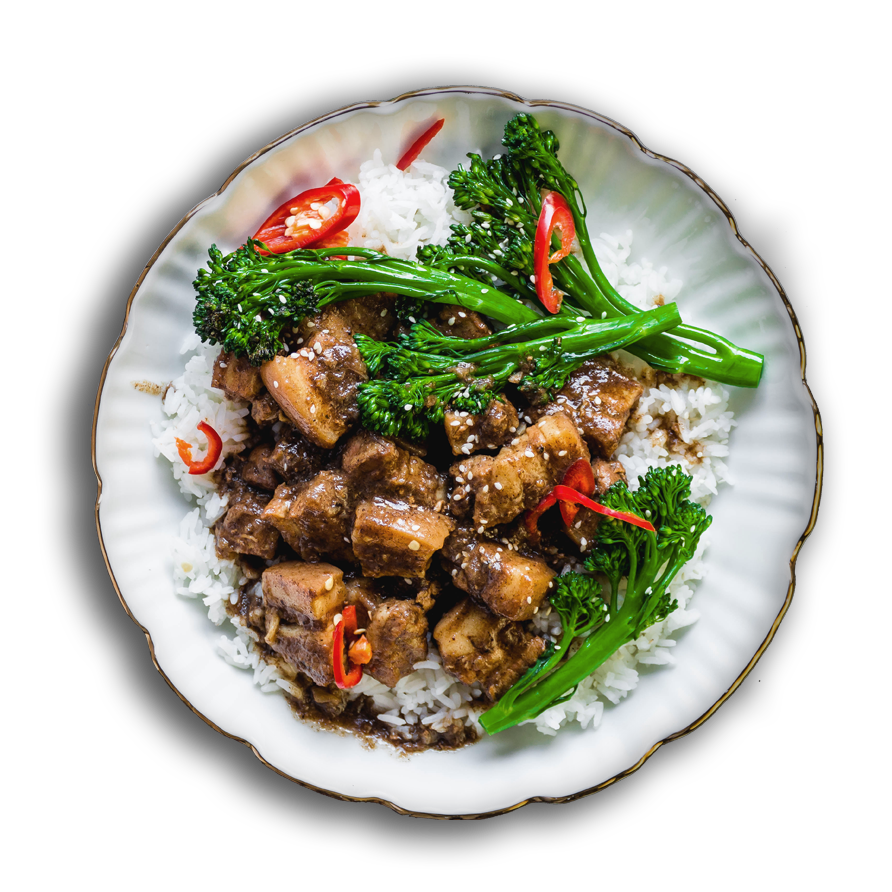 In each of the eight dominant Chinese cuisines, the balance of flavour is fundamental. Often considered one of the world’s oldest evolving cuisines, the Chinese believe the sign of a good cook is their knowledge and skill in blending and balancing. They say the magic is in the mixture, and each dish must be perfectly harmonised with a mix of all tastes in every mouthful.  […]

Chinese pantry essentials include soy sauce (dark and light), sesame oil, five-spice powder, Shaoxing (rice wine), oyster sauce, and potato starch to thicken sauces.  China has a vast range of climates, from subtropical in the far south to subarctic in the north and northwest. With these climates, staples vary from region to region. In the Cantonese cuisine of South China, ingredients like garlic, ginger, spring onion are prevalent with sauces like plum, hoisin, and black bean. In the Huaiyang cuisine of the East, dishes are much more refined and use clean flavours like black vinegar and soy sauce to enhance the natural flavour of foods. In the Shandong cuisine of the North, there is reliance on seafood as well as locally grown produce like maize, peanuts, onions, vinegar, and honey.  In the West, Sichuan cuisine is known for its common use of garlic, fermented bean paste, chillies, peanuts and of course, their native Sichuan Peppercorns which are an integral ingredient in the famous Chinese Five Spice – a fragrant blend of cinnamon, clove, Sichuan pepper, fennel, and star anise. Sichuan-style cooking is very much about getting a perfect balance of spicy, salty, sweet, sour, and savoury. The far west where native Uighurs are more influenced by Islam combining the cuisine of the Han people, including the use of Halal products.

Chinese cuisine is one of the oldest in the world, reaching all the way back to the first millennia BC, managing to survive, evolve and grow into the behemoth it is today, using countless techniques based on empirical knowledge and combined with traditional herbal medicine. Chinese cuisine has had many incarnations and has seen a remarkable transition through history. During the Zhou Dynasty over 5,000 years ago, grains like beans, millet, barley, and brown rice were popular as sustenance and it was during this time, history books recorded the first use of a grill to cook meats and fish.  […]

During the Qin Dynasty, sour flavours were introduced in the form of plums as well as ingredients like cinnamon, spring onion, soybean, and vinegar to flavour foods. Throughout the Han Dynasty, salty tastes were discovered. This period coincided with the opening of the Silk Road, introducing imported foods like pepper, pomegranate, grapes, walnuts, sesame, and many new fruits and vegetables like watermelon and carrots. With the Tang Dynasty, the eating practice of the banquet was introduced. This was where people would congregate from all over to enjoy foods from many different regions – this was one of the first history recordings of food being used as a celebratory offering and a means of enjoyment rather than just sustenance.

It’s hard to choose one iconic dish or cuisine, given the extraordinary cultural and culinary influences right across China. Experts in the clever craft of flavour balancing, Chinese cuisine varies from fiery stir-fries, sweet and sour pork, chop suey and char siu of the Cantonese cuisine, to the Five-Spiced crispy chicken of Sichuan, steaming hot pots of the East, and centuries-old Peking Duck recipe of Beijing served with bowls of steamed rice or noodles. Dishes are finished with sweet egg tarts and warm pots of Jasmine tea. Street food in China, like most of the world, is quick and easy and covers everything from dumpling carts, steamed buns, soups, glutinous rice balls and fragrant spring onion pancakes. 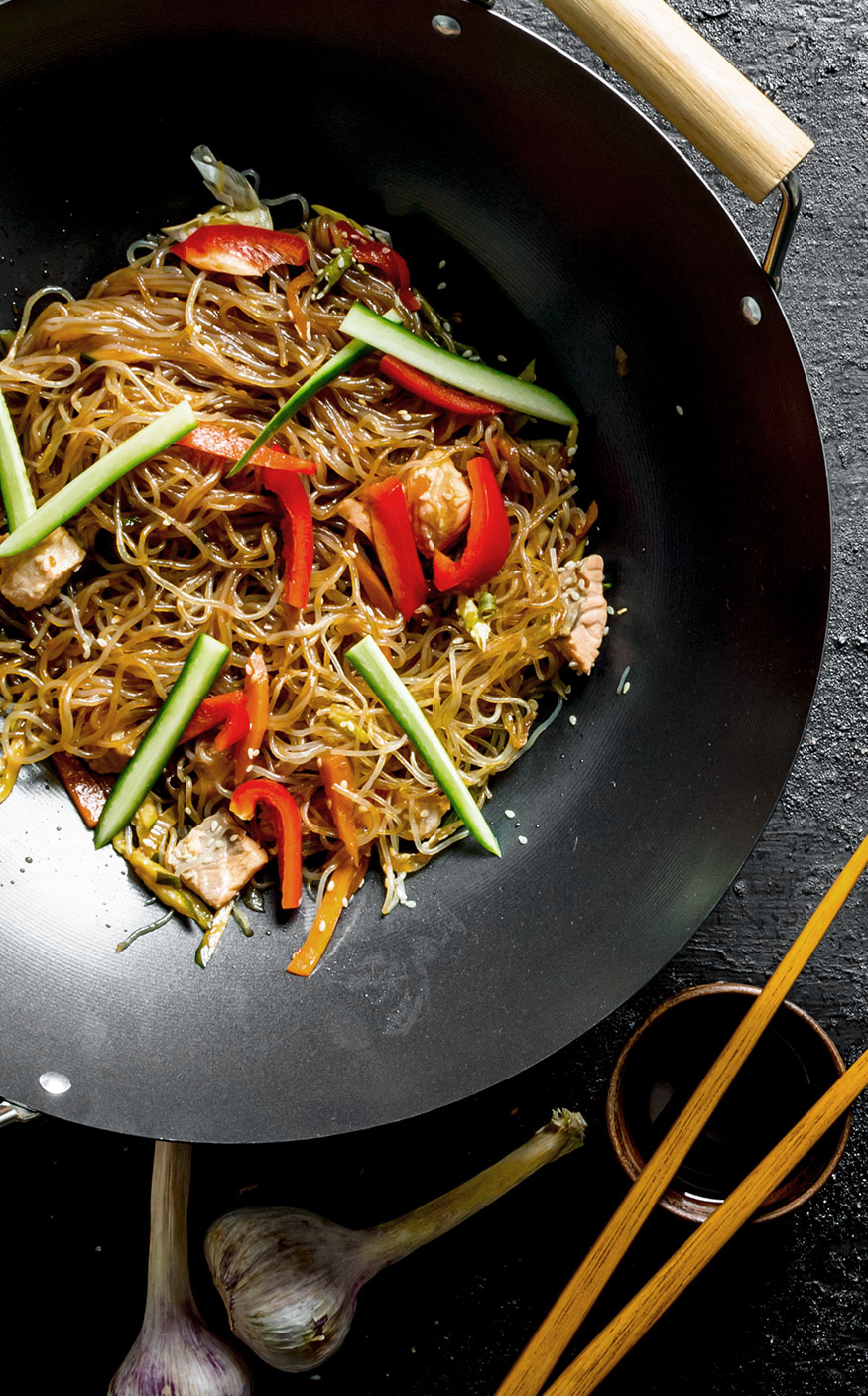 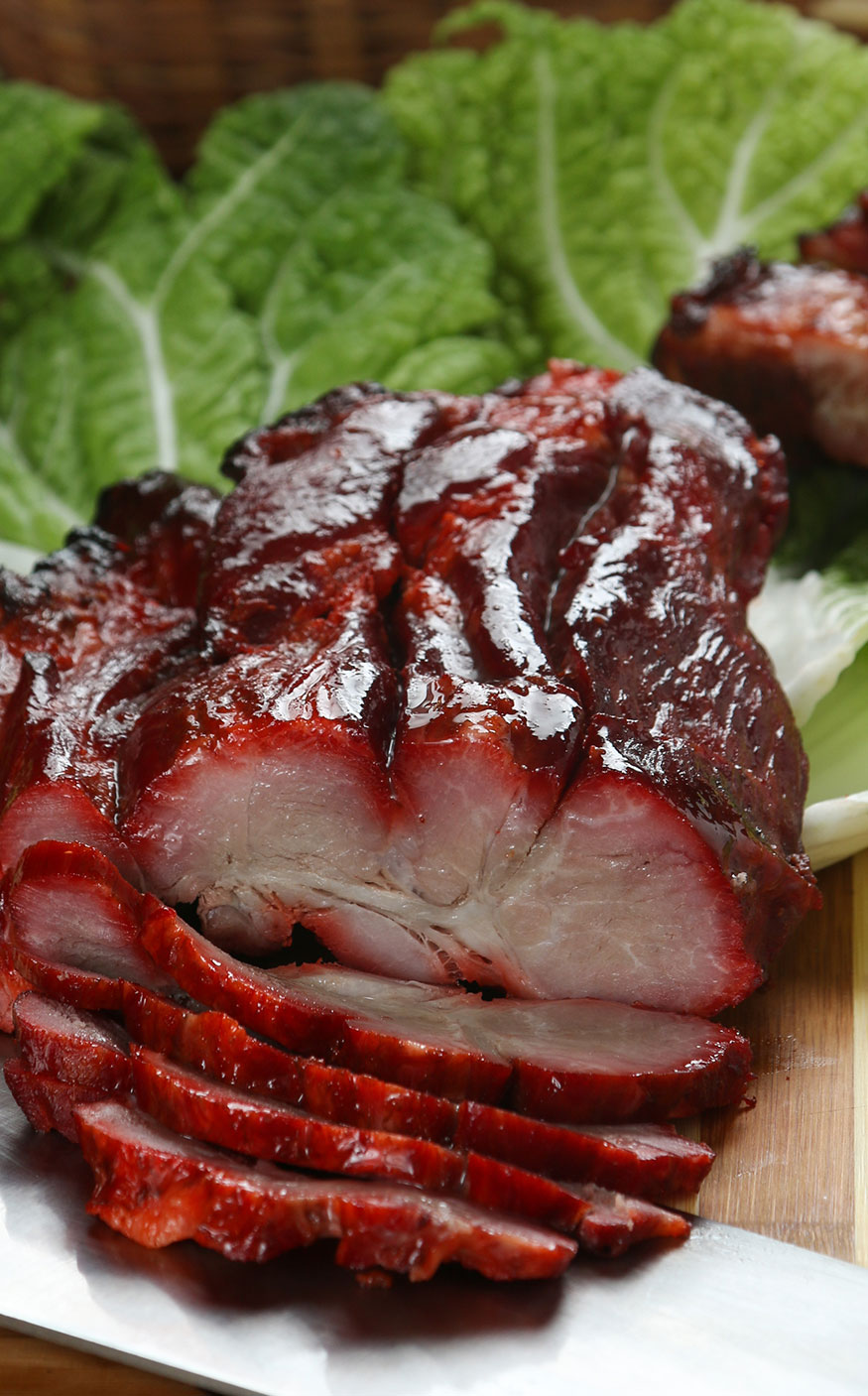 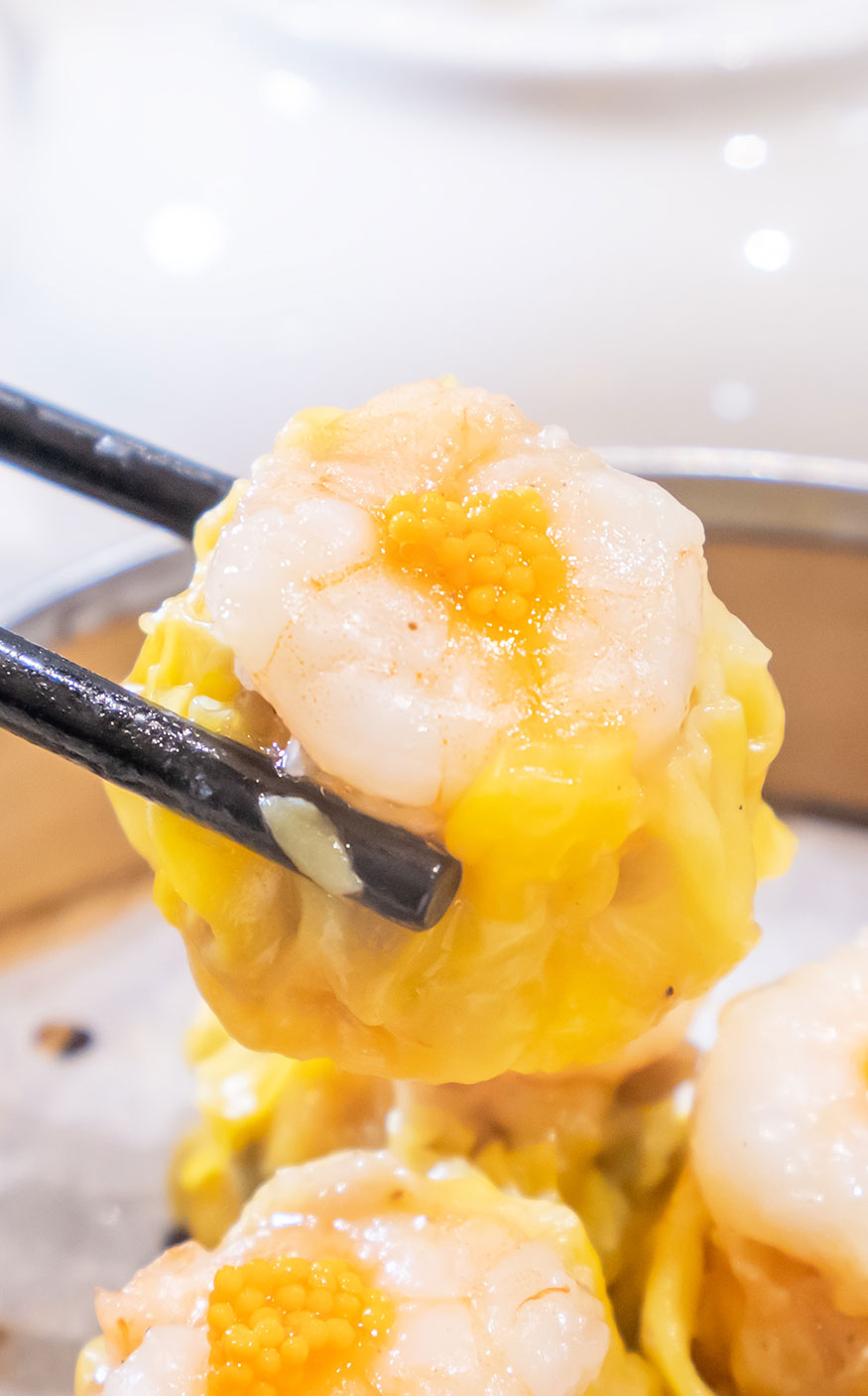 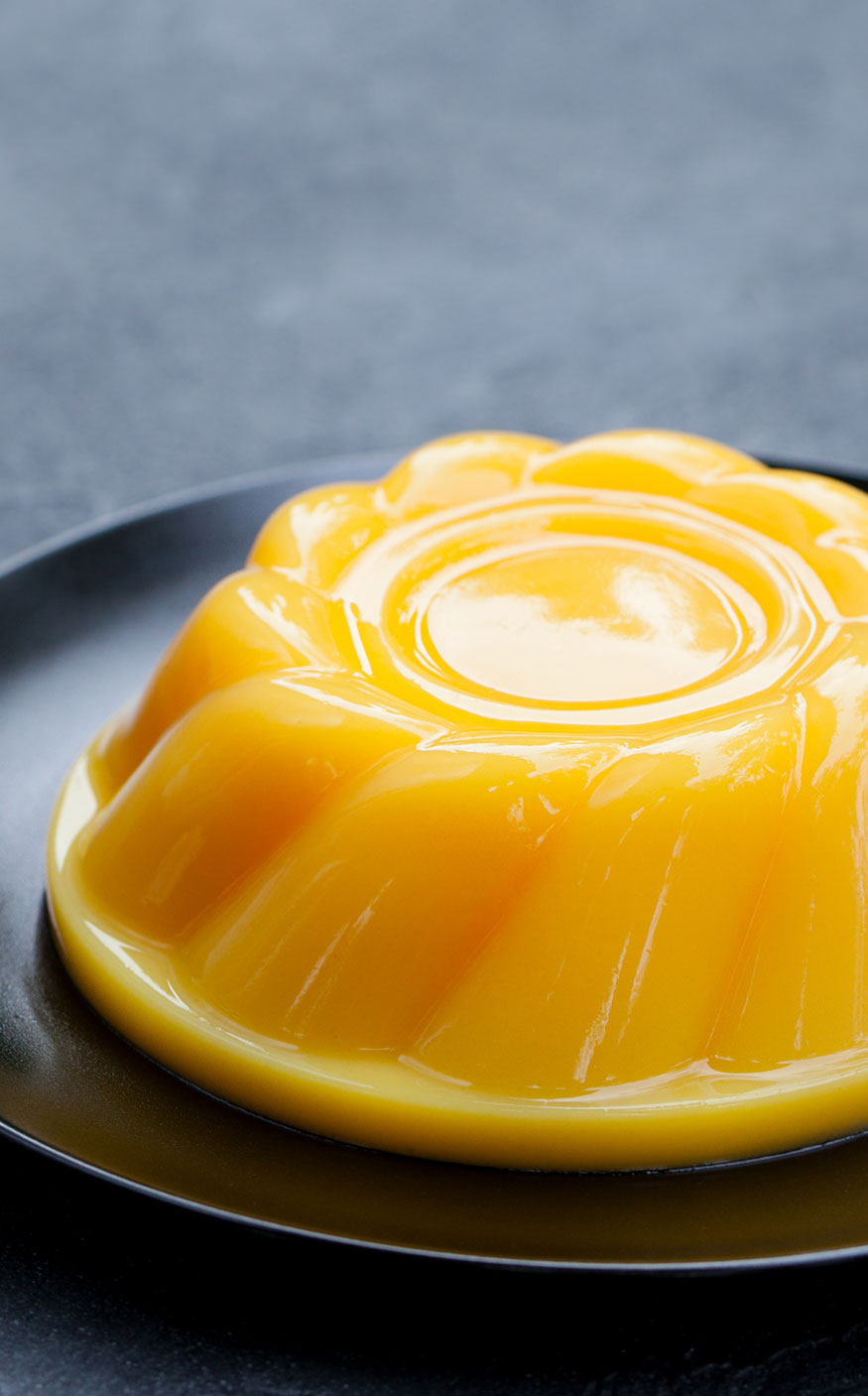 Though the typical Five Spice blend of cinnamon, fennel, star anise, Sichuan pepper, and clove is the most prevalent when it comes to spice production and use in China, there are many others including white pepper, a variety of dried chillies, black cardamom, bay leaf, and cumin making China a predominant player in the world’s spice route and staying true to its Silk Road roots. […]

Though the typical Five Spice blend of cinnamon, fennel, star anise, Sichuan pepper, and clove is the most prevalent when it comes to spice production and use in China, there are many others including white pepper, chillies, black cardamom, bay leaf, and cumin. […]

Salt, various types of sugar, dried citrus peel, bay leaves, coriander seeds and licorice root are all in common usage in many kitchens across the vast area of the world China takes up – as the 4th largest country by landmass and with the largest population of any country in the world, China is probably the heart of the world’s spice usage and has influenced cuisines across the region