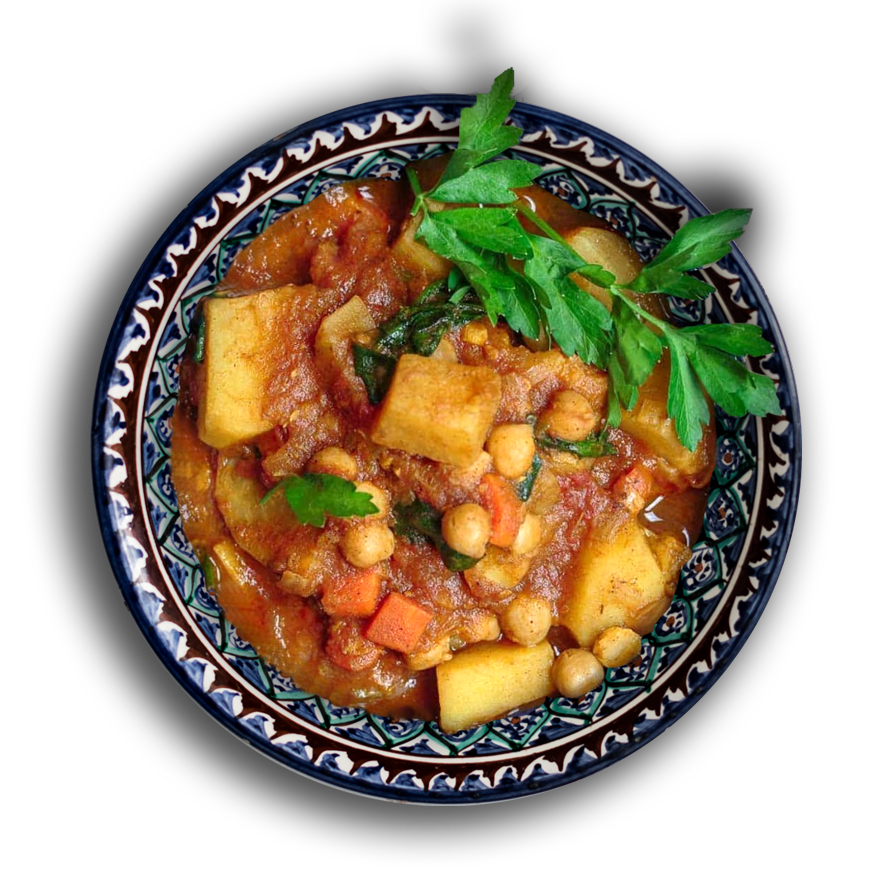 Bringing flavour, aroma, and a rich intensity that’s second-to-none, each region of India has their own distinct combination of spices and ingredients used to scent local dishes. In the North, tandoori and korma are legendary, whilst the South is known for hot, spicy dishes. In the East, there is always an addition of chilli in curries while in the West, coconut and fresh seafood dominate, and in the Central region, it’s a diverse blend of each. Religions play a large role in the daily diet of many Indians.[…]

Around 80% of the country subscribe to Hinduism, which has a great impact on what is eaten and enjoyed. Dating back to recordings some 5,000 years ago, Hinduism views animals as sacred beings on our earth, and the most sacred is the cow. Grounded in respect for our planet and the living creatures on it, Hinduism is of great importance to the Indian people and has enabled them to explore vegetarianism more than most other regions on our earth. Because of this, vegetarian food is common and an emphasis on vegetables and pulses is prevalent. Fasting will also occur throughout the year in Hindu practice during periods of new moons and festivals with a celebration at the end to break the fast featuring blessed foods called ‘prasad’.
When speaking of iconic and distinct country flavours of India, perhaps the most common Indian flavour of all is the Garam Masala. Directly translating to ‘hot spice mix’, each region has their unique blend of Garam Masala, and it’s a staple in just about every dish. The whole-spice Garam Masala is often used at the beginning of cooking, and the ground, as a fragrant finisher.

Originating some 7,000 years ago in the Indus River valley which in that time included Pakistan, India has a rich history of settlers and reigns bringing with them a myriad of cultural and culinary influences which have remained today. India’s focus on using grains, dairy products, pulses and vegetables began during its conception in the northern Hind region with the local economy driven by produce trade, in particular, cattle and grains like cereal. Spices in India became widely used as a way of giving flavour and ayurvedic medicinal properties to otherwise bland dishes due to their limited sources of produce. These spices were blended with sauteed onions, garlic, ginger, and chillies to form a flavour foundation used in many dishes. These masala blends still today are some of India’s most distinctive and well-known flavour bases.[…]

During the Middle Ages, several Indian dynasties were predominant, including the Gupta dynasty. Travel to India during this time introduced new cooking methods and products to the region, including tea. India was later invaded by tribes from Central Asian cultures, which led to the emergence of Mughlai cuisine, a mix of Indian and Central Asian cuisine. Hallmarks include seasonings such as saffron. Though there is a generalisation among the world that Indian food is primarily formed around curry, the term curry was actually an English term that is also now used in Hindi for the meat and vegetable dishes cooked in sauce. The first recordings of curry being made were in Southern India where Britain first established a trading post and ruled from 1858-1947 known as the Crown Rule in India or the British Raj period. Indian food today in this region is predominantly centred around rice and bread whilst in the north, a heartier diet of grains over rice.
In other periods, foods like wheat, rice, millet, chickpeas, and lentils formed the average staple diet with the addition of cinnamon and citrus fruits to flavour them alongside the occasional meat dish. The concept of vegetarianism first arose in India around 300 BC during the Mauryan rule who were strongly Hindu and first devised the notion of not using animals for sacrifice. During the British occupation, hybrid Eastern-Western dishes were created, such as Dabba gosht – a cross between a shepherd’s pie and a pasta casserole using leftover curry. When the Portuguese came to the beaches of Goa, they brought with them the concept of culturing yeast to make bread – thus the fluffy naan we love today was born. They also introduced the idea of using wine and vinegar in cooking.

Given the diversity in soil, climate, culture, ethnic groups, and occupations, the cuisines vary substantially across India and use locally available spices, herbs, vegetables, and fruits. Characterized by its clever and creative use of spices, Indian cuisine celebrates and highlights local produce from the vegetarian-focussed dals, palak paneer, and Gujarati potatoes of a traditional thali to the tender meaty dishes of rich red Tandoori chicken and Rogan Josh all mopped up with bundles of fluffy Naan. Then there are spicy hot curries such as the vindaloo, fish curries from the coastal Kerala region, samosas chaats and scented rice.  Meals are frequently finished with the sweet notes of cardamom-spiced Coconut Burfi and a warming Masala Chai. 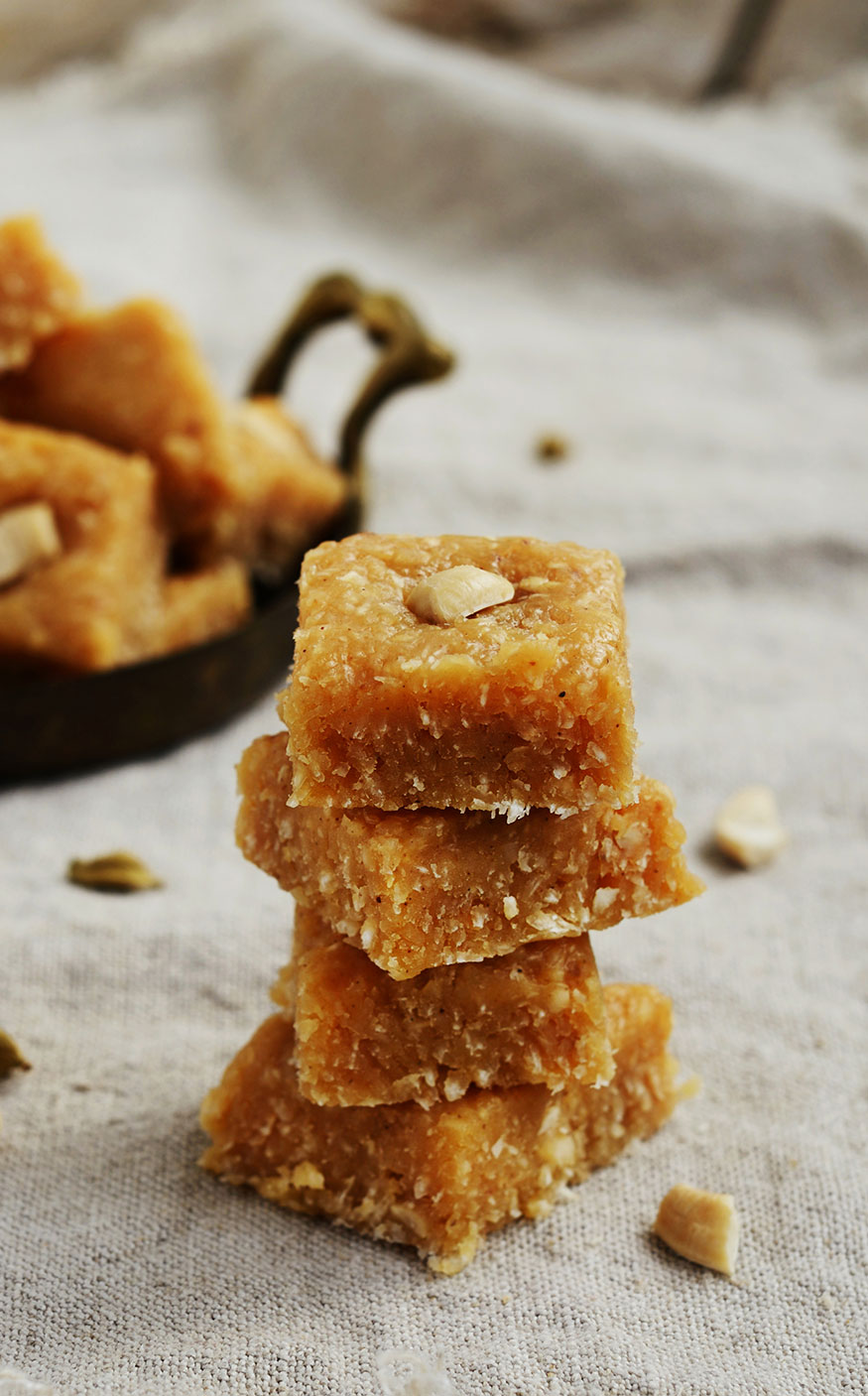 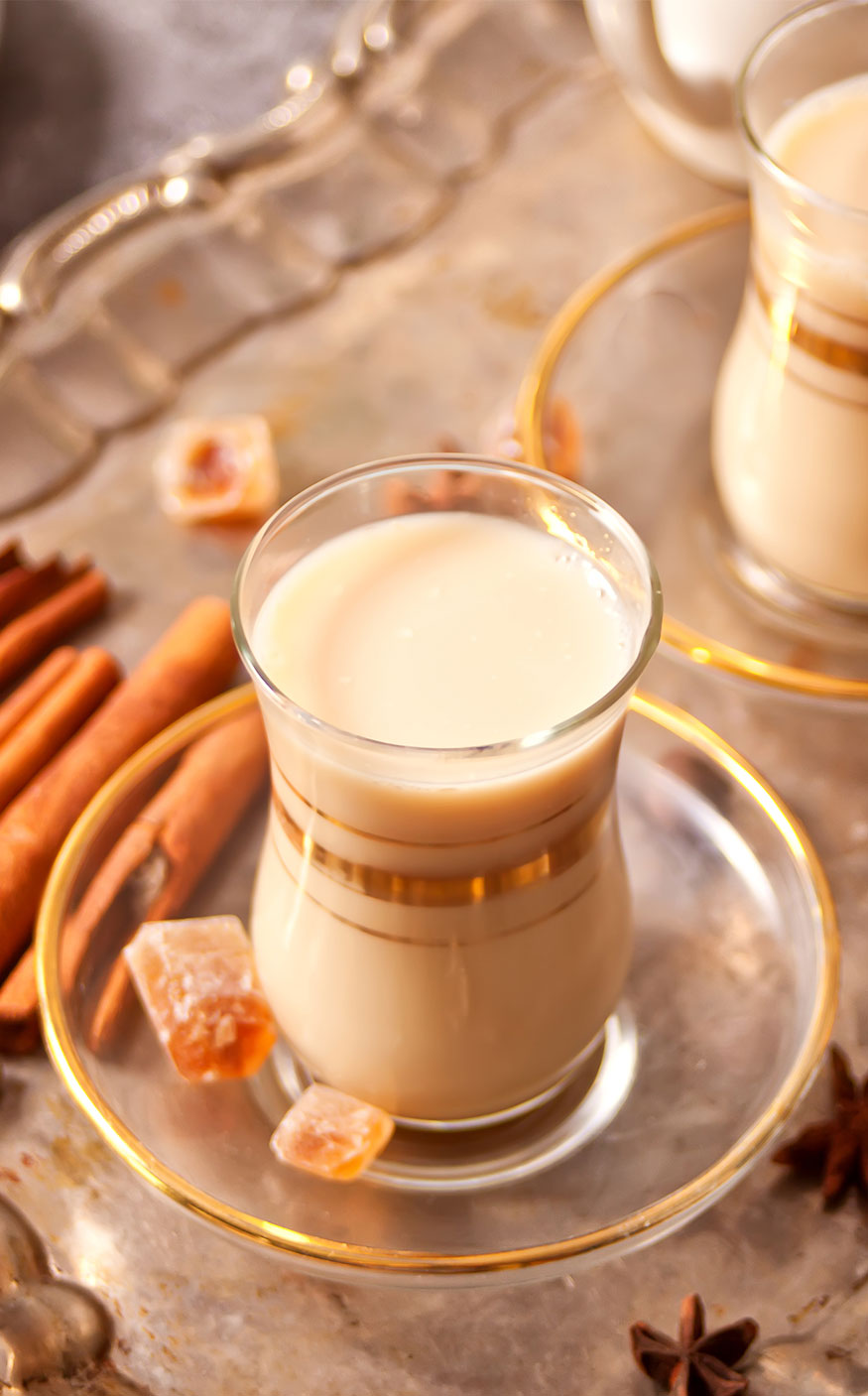 At the very heart of the famed spice route, India is one of the largest spice growers and producers in the world.  Home to a plethora of spices including many varieties of chillies, all ranging in heat, flavour and texture, cassia is primarily used in savoury dishes whilst cinnamon is sweet. Coriander,  the most versatile and used spice in India, takes on all flavours so well and two kinds of cardamom – black and green.  […]

India is one of the largest spice growers and producers in the world.  Home to a plethora of spices including chillies, cassia, and two kinds of cardamom – black and green. […]

The green is predominantly used in garam masalas or to make sweets, whilst the black is much smokier and works better with savoury foods like fish. Another staple addition to any garam masala is cloves, used for their floral flavour and digestive qualities. Cumin is used in both seed or ground form, infused into a variety of dishes, while black mustard seeds grow across the subcontinent and add character and life to dishes like dahl. Asafoetida is commonly grown and is used not only for its slight onion flavour but also to help prevent stomach aches. And last, but not least in the Indian spice-producing line-up is turmeric, used for its wonderfully vibrant gold colour as well as an antiseptic, anti-inflammatory, and for boosting fertility. Few cuisines can boast both flavour and healing quite like those of India.